Overview of the RAD Studio 10.2 release

Today is a landmark day for Delphi developers everywhere. Delphi for Linux is now available delivering support for Linux 64bit server-side and standalone applications for Ubuntu and RedHat Enterprise.

The compiler is build on top of the LLVM engine and is ARC enabled with one based strings as default – this makes its quicker and easier to port between Linux and Windows Server to gain the advantage of lower cost Linux servers (on premise or in the cloud), all from a single code base that is fast and secure as its compiled.

Remote debugging and Deployment to Linux

PA Server is again the bridge between the RAD Studio IDE and remote systems (now supporting remote Window, macOS (and iOS) and Linux) that enables remote debugging and deployment of files.

Delphi RTL and more across Linux

Marco Cantu recently blogged about the wide coverage of RTL units on Linux – This list doesn’t include units outside of the core RTL, which include FireDAC, DataSnap, EMS, WebBroker, Indy, and DunitX. The only major omission right now is bluetooth.

The choice of Ubuntu (Debain based) and RedHat (Fedora, CentOS) has proven in the beta forums to offer a much wider coverage than the official support distributions, that will I’m sure grow in time.

Marco recently commented that these distro’s were chosen based on the feedback from surveys and wider Linux Usage. SUSE is not currently supported, but if you are desperate to use SUSE, then you can always put InterBase 2017 on there for now 🙂

Here we are in early 2017 fulfilling the promises we made back in November 2016 to deliver a new version of our award-winning InterBase RDBMS. We referred to InterBase 2017 as Project BigBang during development because of the positive impact InterBase is delivering. We have been listening to you, our customers. This result is created by delivering some of the most sought after features, ISV’s and Fortune 100 customers have been asking for such as SQL Derived Table Support, and Server wide performance monitoring to enhance the ability of existing applications to use InterBase as a back-end RDBMS, and that’s just the beginning.

I want to say a big thank you to those who have been personally involved in the beta program, your input is invaluable and is shaping the future developments and direction, including already planned content for Update 1. 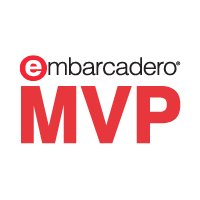